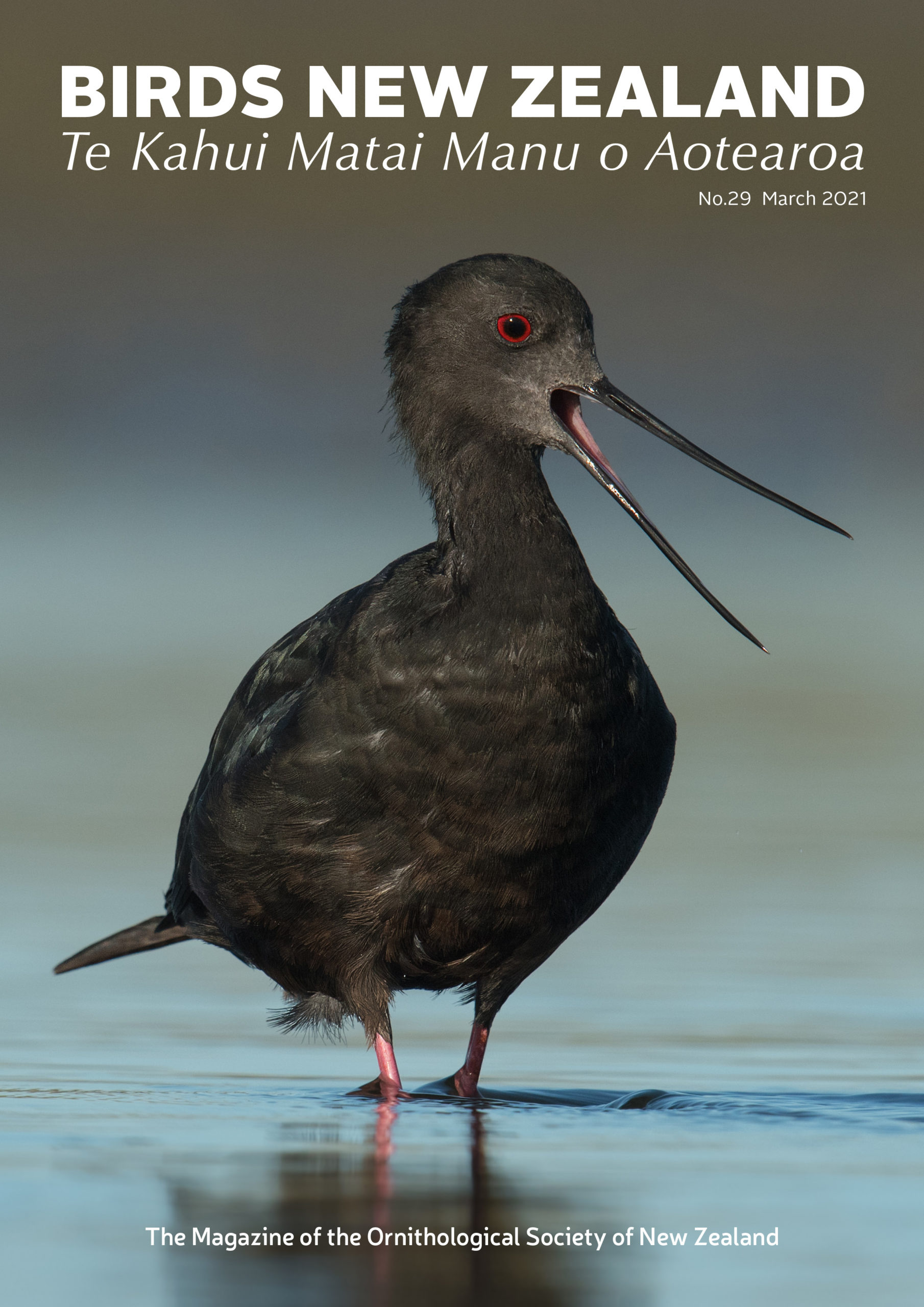 This edition also contains news about the NZ Bird Atlas project. Over summer, 497 people contributed 13,500 checklists to the project, representing an increase on the previous year.

It also reports that during a Birds New Zealand survey at Invercargill Estuary Shellbanks on 24th February, Joseph Bliss and Sean Jacques observed and photographed an adult Gull-billed Tern which, if accepted, will be the first NZ record of this species raising a juvenile.

There is an illustrated feature article about the search for Fiordland’s storm petrels by Birds New Zealand Council member Colin Miskelly, an article about R.H.D. Stidolph’s 100-year birding legacy by Nikki McArthur and Joanna McVeagh, and an announcement that the 2021 Birds New Zealand Youth Camp will be held in the Napier area of Hawke’s Bay from 18th to 24th April.