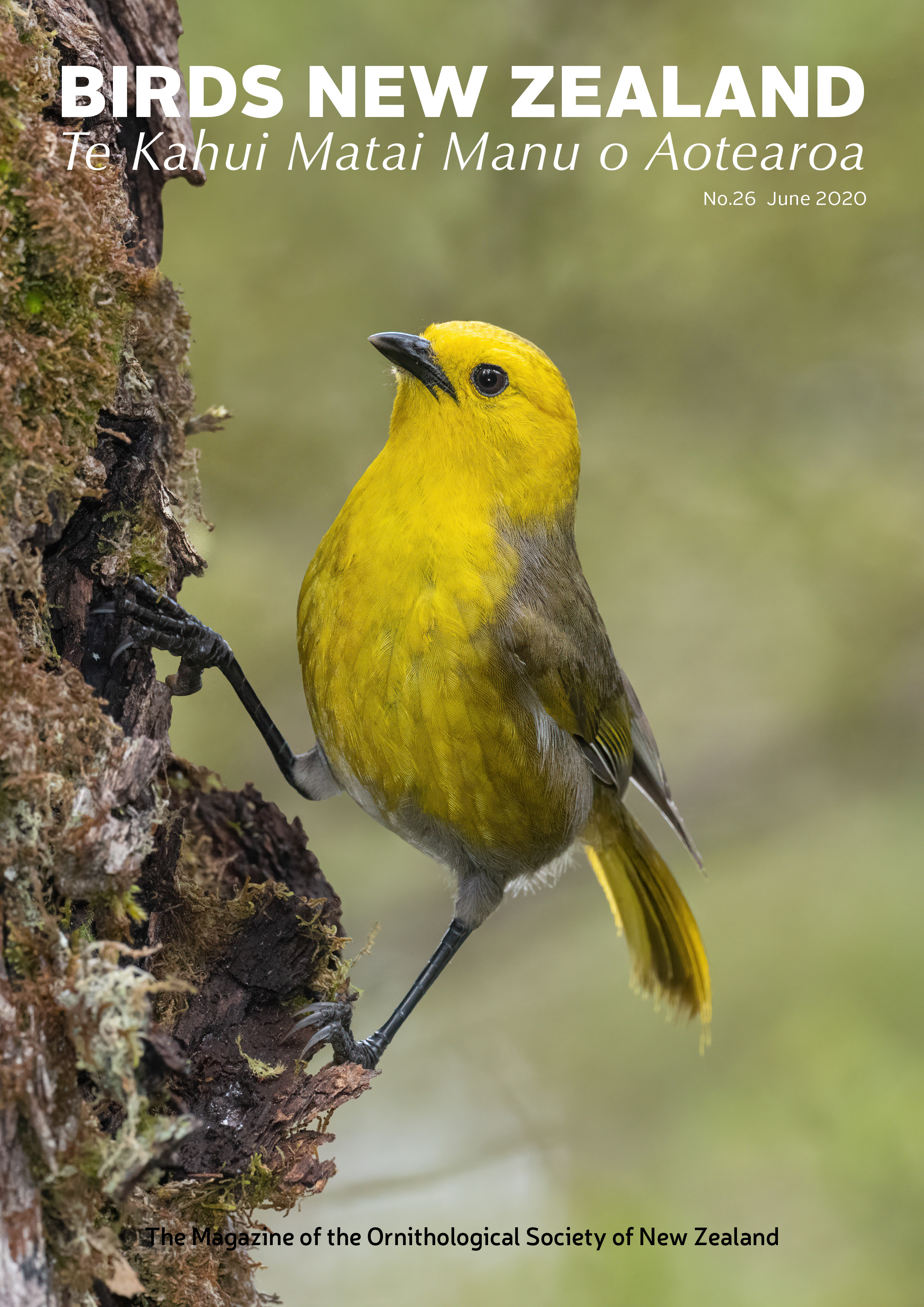 There are also reports of the results of the 2019 national wader census and the 2020 ‘Great Godwit Count’, both organised by Birds New Zealand.

This edition has an illustrated feature article by Thomas Mattern on the 2019 subantarctic Bounty Islands expedition to survey Erect-crested Penguins and Salvin’s Albatross, and study Fulmar Prions, and an interview with Colin Miskelly and Craig Symes on the recently published special edition of Notornis which they edited, Lost Gold, seabirds of the subantarctic Auckland Islands.