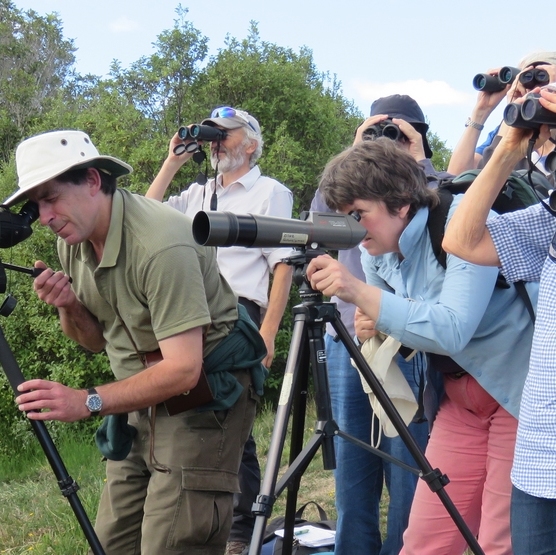 The distribution and abundance of wading birds has been studied in New Zealand since the formation of the Ornithological Society. At selected sites such as Firth of Thames and Manukau Harbour, annual locality counts provided a census of wader flocks both in summer and winter.

In 1983, it was decided to extend these counts to all the major estuaries and harbours in New Zealand. Flocks of waders were counted annually in November and June. This provided information on the numbers of Arctic migrants that summered in New Zealand and how many remained over the winter. It also enabled counts of New Zealand waders that formed flocks in the winter, e.g. South Island Pied Oystercatcher, Wrybill and Pied Stilts. The national wader counts were conducted at all sites until 1994.

Today, the counts are continuing at a selection of key sites to monitor long-term trends in the wader populations. New Zealand wader sites are shown on the following maps:

Results of wader surveys have been published in Birds New Zealand and full reviews will be published in Notornis. All wader count reports are available for download below. Data from wader counts are also used for international studies and updating the Ramsar information sheets.

The counts complied by OSNZ members over the last 50 years have contributed to not only a New Zealand perspective on understanding the biology of shorebirds but also internationally. OSNZ data has been shared with scientists in Australia and beyond and is making a tangible difference in engaging with partners along the East Asian-Australasian Flyway.

Our partners, the Pukorokoro Miranda Naturalists Trust are world leaders in working with China and North Korea to advocate for shorebirds along the flyway. Richard Fuller and colleagues at the University of Queensland have been leading the science analysis of this data. A summary of their recently published results are available for download here:

Birds NZ members have hugely contributed to this important study by participating in the National Wader Count Scheme over the past 50 years! Read our media release here. A recent media release in Australia is available here.

Many waders in New Zealand now sport coloured flags with engraved alphanumeric codes,  usually of 2 or 3 digits. The most likely species to be seen with these are Bar-tailed Godwit, Red Knot and Turnstone. Some Oystercatchers in the South Island also carry these flags. They come in a range of colours with the majority being white, yellow, green and orange. They are usually on the upper part of the leg (tibia) and can be partly hidden by the feathers.

All flags are individually coded, thus identifying the individual bird. These codes can be read with a telescope and like colour bands are a valuable tool in monitoring individual birds. Please look for these and carefully read the codes, noting that some are quite difficult, particularly with letters like W and V together.

Sightings can be sent to Rob Schuckard in the South Island and Adrian Riegen in the North Island. In return you will be informed of the resighting histories of the birds you report.

Wader count reports  –  These are available for download below:

Shorebirds in the Bay of Plenty 1984-2003
Quantitative survey of the intertidal benthos of Farewell Spit/Golden Bay (Battley et al, 2005) 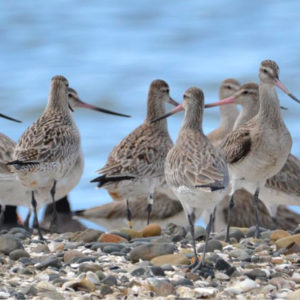