Why is beach patrolling so important? 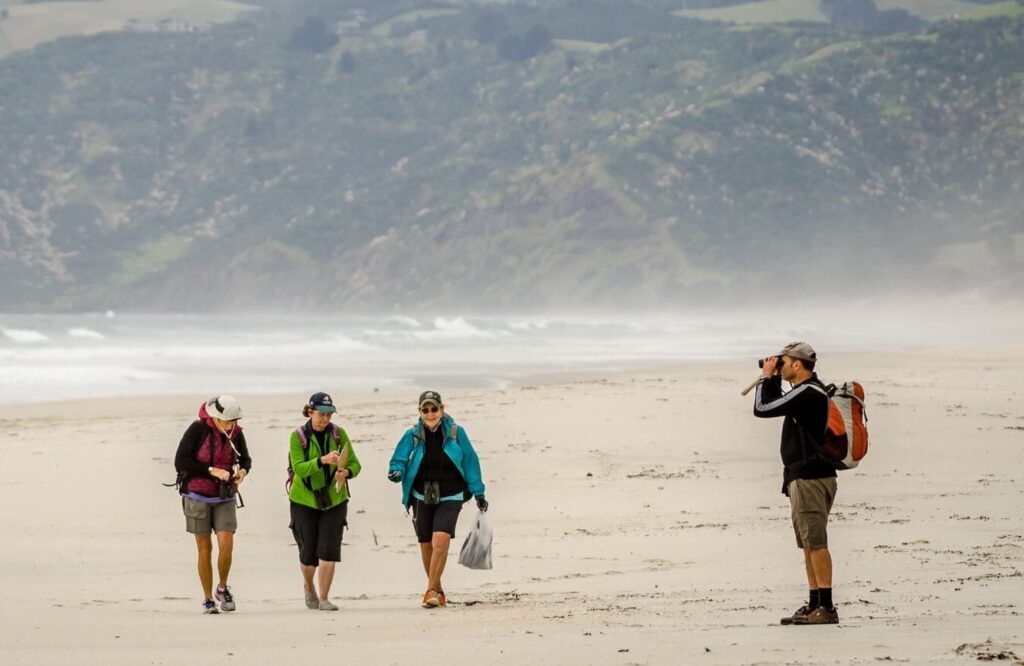 The Birds New Zealand Beach Patrol Scheme commenced in 1951 and for more than 70 years has aimed to systematically document the identity, location and numbers of seabirds found dead on New Zealand beaches.  Beach patrol observations provide a unique long-term record having considerable scientific value and the data collected has helped to establish the occurrence and to some extent the distribution and numbers of more than 115 seabird species in New Zealand coastal waters.

Objectives of the Beach Patrol Scheme

The overall objective of beach patrolling is to collect and record information on all birds found dead on beaches, including seabirds, landbirds and wetland bird species.

Although infrequent beach patrols are always helpful it is regular patrols that can yield good information on the occurrence and mortality of birds.  Records of species occurring infrequently, or have never been found in New Zealand, are valuable and contribute to our knowledge of bird occurrence and distribution.  Several rarities have been found, some only once, and include Adélie penguin, Bridled tern, Manx shearwater, Bulwer’s petrel, Cory’s shearwater, streaked shearwater, Newell’s shearwater and Matsudaira’s storm petrel.  Numerous specimens of rare birds have been added to museum collections.  Occasionally banded birds have been recovered during beach patrols.

The length of beaches covered by patrols helps to determine whether there has been significant mortality of seabirds on specific beaches, and enables comparisons to be made of species abundance per kilometre between regions and over time.  Data has also contributed to a much-improved understanding of the distribution, abundance, seasonal or annual movements and migrations and sometimes of the causes of deaths of all species of birds, particularly in the case of ‘wrecks’.

Periodically, large numbers of dead birds wash up on coastlines.  Such an event is called a ‘wreck’; it is a period of exceptionally high bird mortality involving one species, or sometimes of several species.  Some ‘wrecks’ seem to be caused by storms catching young birds a few days after leaving their nests, others by storms combined with food shortage.  In some overseas seabird ‘wrecks’, the cause of death has been attributed to avian diseases, biotoxins or pollutants.  Accurate records of the extent and frequency of ‘wrecks’, the condition and weight of birds and the weather at the time of a patrol, or three or four weeks earlier, can provide a better understanding of the causes.

How do I become involved with Beach Patrolling?

If you are interested in beach patrol work, do not be discouraged if no regular patrolling is done in your region.  Work on your own if you have to, or prefer to, and if necessary, arrange to have your identifications checked before making a submission.  Many parts of New Zealand’s long coastline are not patrolled adequately, or at all.  This aspect of bird study can be both interesting and rewarding, and every beach patrol carried out adds greatly to information about the species, location and numbers of all birds found dead on New Zealand coasts.

Council hopes that this new approach and design for submitting Beach Patrol observations will encourage members to continue to contribute to this important long-running Birds New Zealand Scheme.  It is also hoped that newer and younger members will be encouraged to walk along beaches and contribute observations in order to continue and extend the Beach Patrol effort that has been made by more than 300 members over the last 70 years.