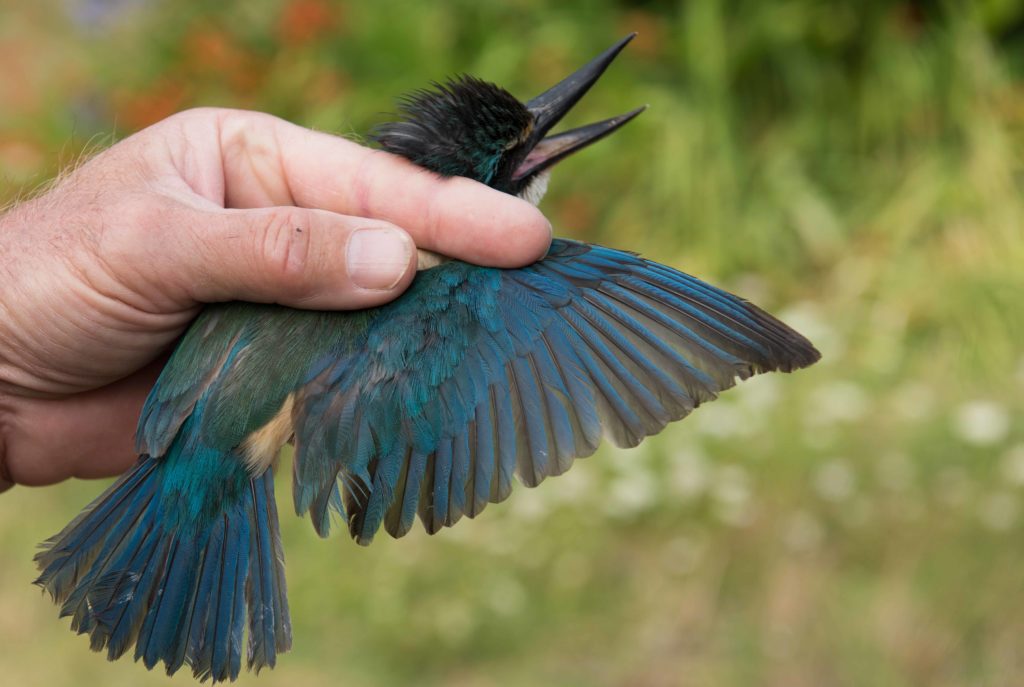 The aim of the scheme is to collect information on the moult patterns of all New Zealand bird species. Moult of body and flight feathers is generally undertaken every year by birds, although some seabirds, for instance, spread their moult over several years.

The main information sought is the pattern and timing of wing and tail moult in New Zealand species, although moult of other body feathers can also be recorded on the Moult Cards

Moult recording may initially appear quite complicated and it does help to have somebody demonstrate how the wing and tail feathers are counted and how to score moult. Also knowing how may feathers there should be on the wing and tail of a particular species is a great help – you know what to expect. With practice and assistance from experienced ornithologists, moult recording becomes relatively easy. Opportunities to collect moult information include finding dead birds on beaches or road–sides, or when birds are caught for banding. A lot of species moult in the late summer/autumn after the breeding season, though others moult at other times of the year – so expect it at any time, although especially over January-April in New Zealand. To record when birds are not in moult, we also distribute a Non-Moult Record Formallowing multiple entries for a range of species not in moult.

Moult is a critical time in the life of birds and determining when it occurs, how long it takes to complete and how many wing or tail feathers are lost at one time are essential in understanding the vulnerability of a species during moult. For many New Zealand birds, we have very little information on their moulting cycle and moult cards are needed for all species.

You can download PDF files of the moult card, non-moult form and reports below.